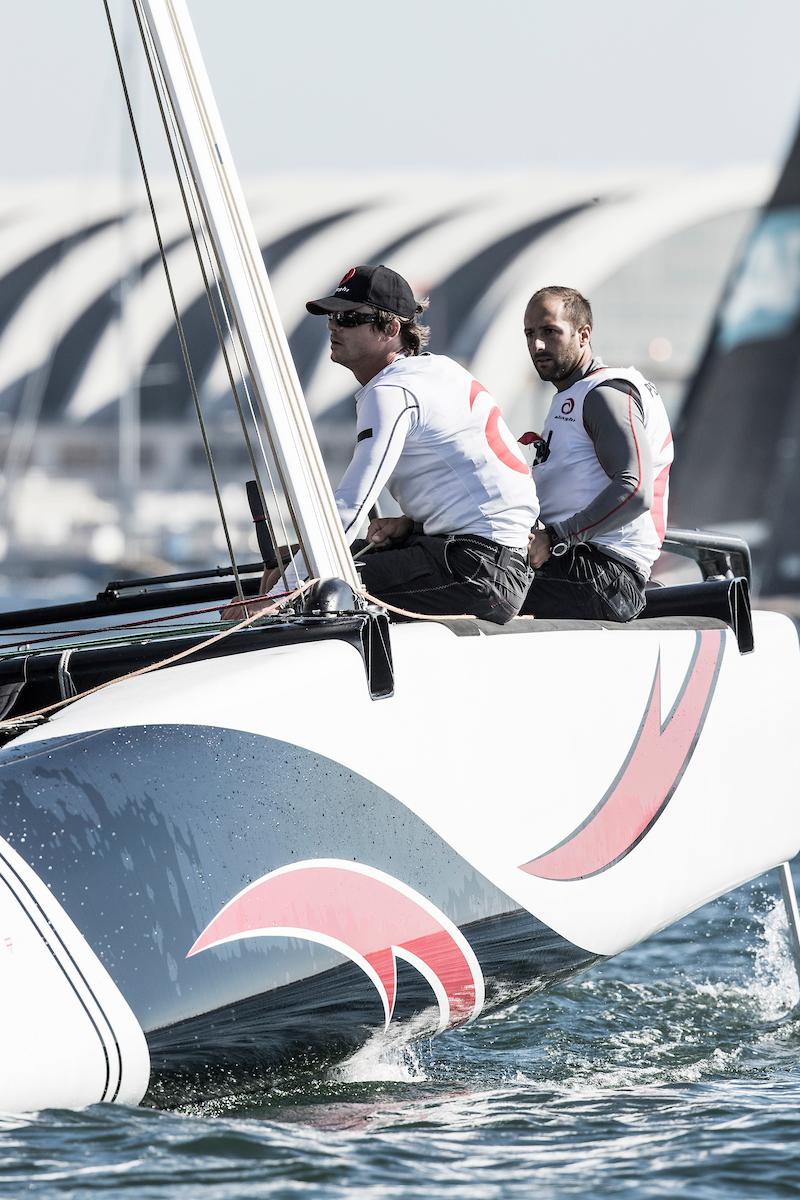 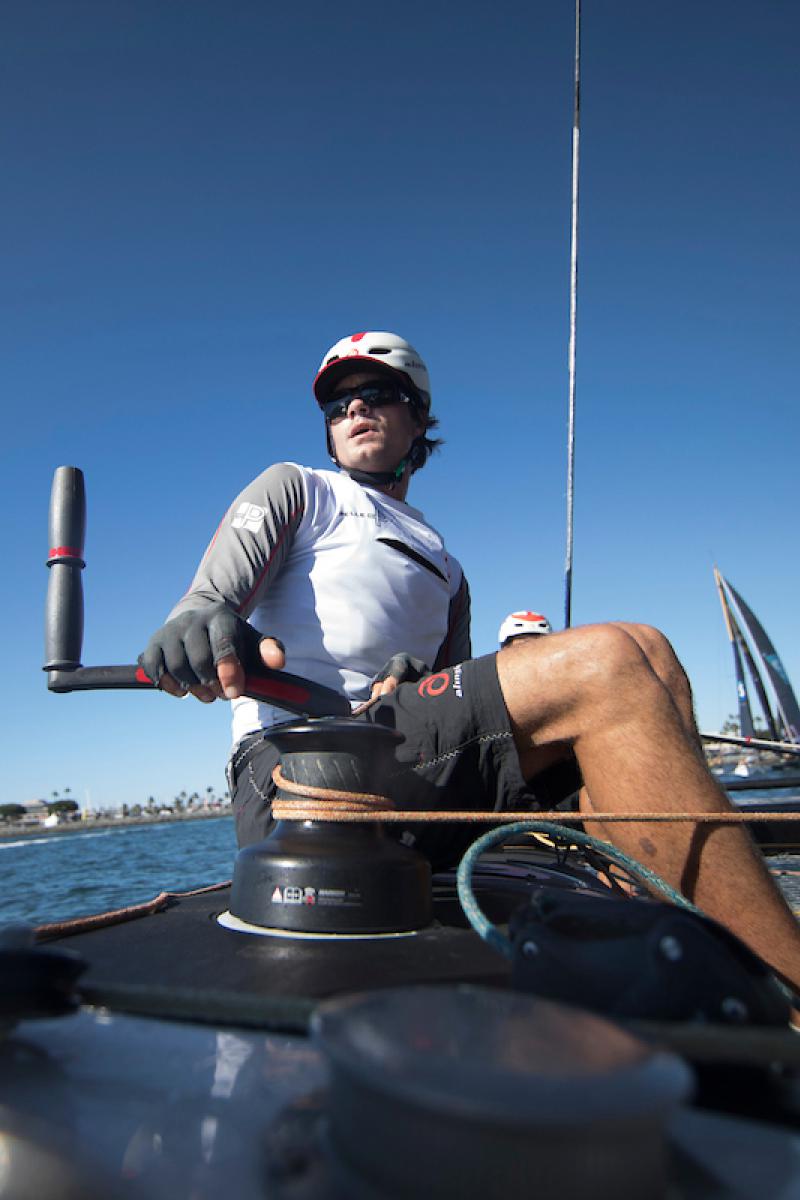 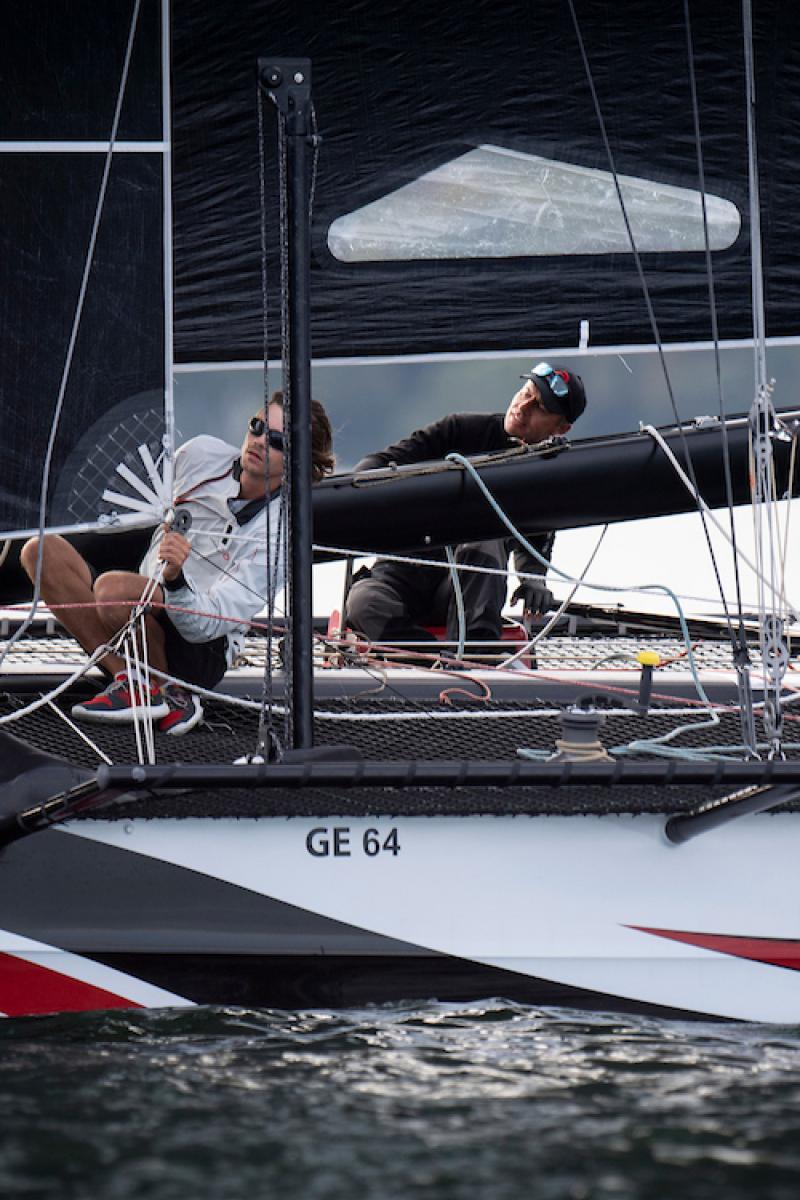 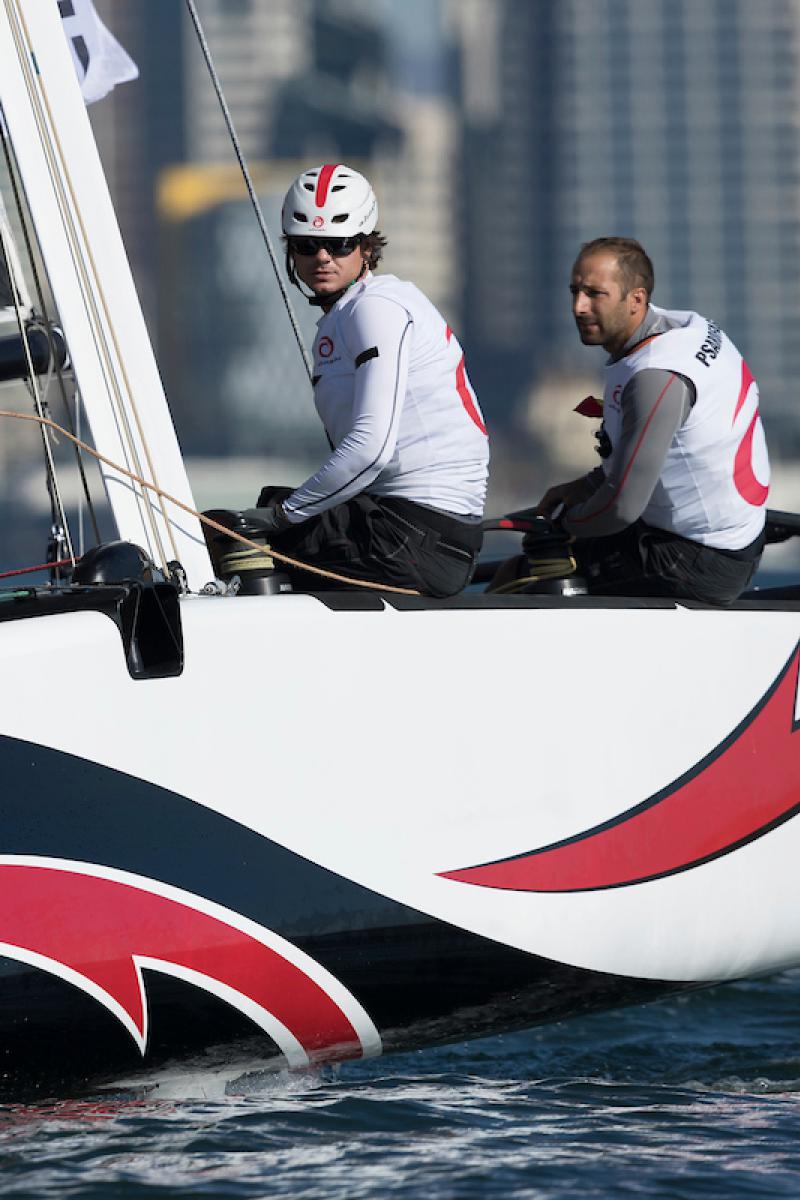 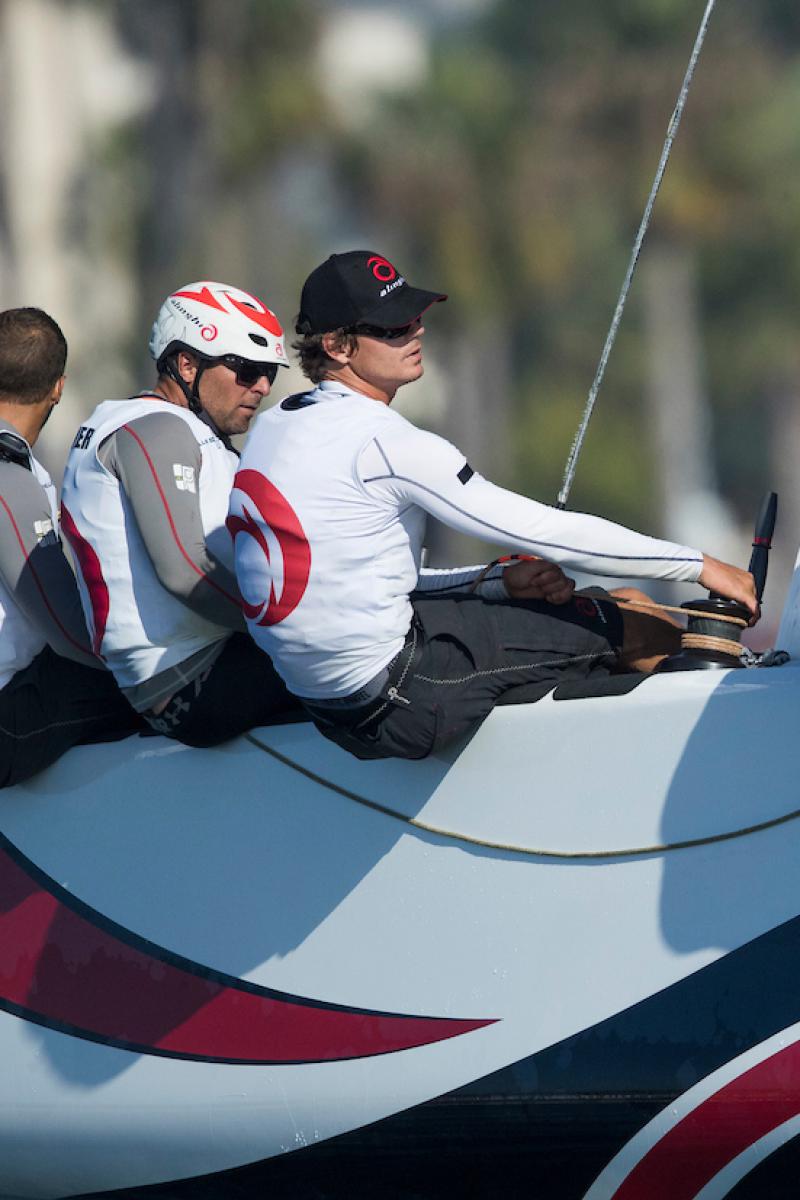 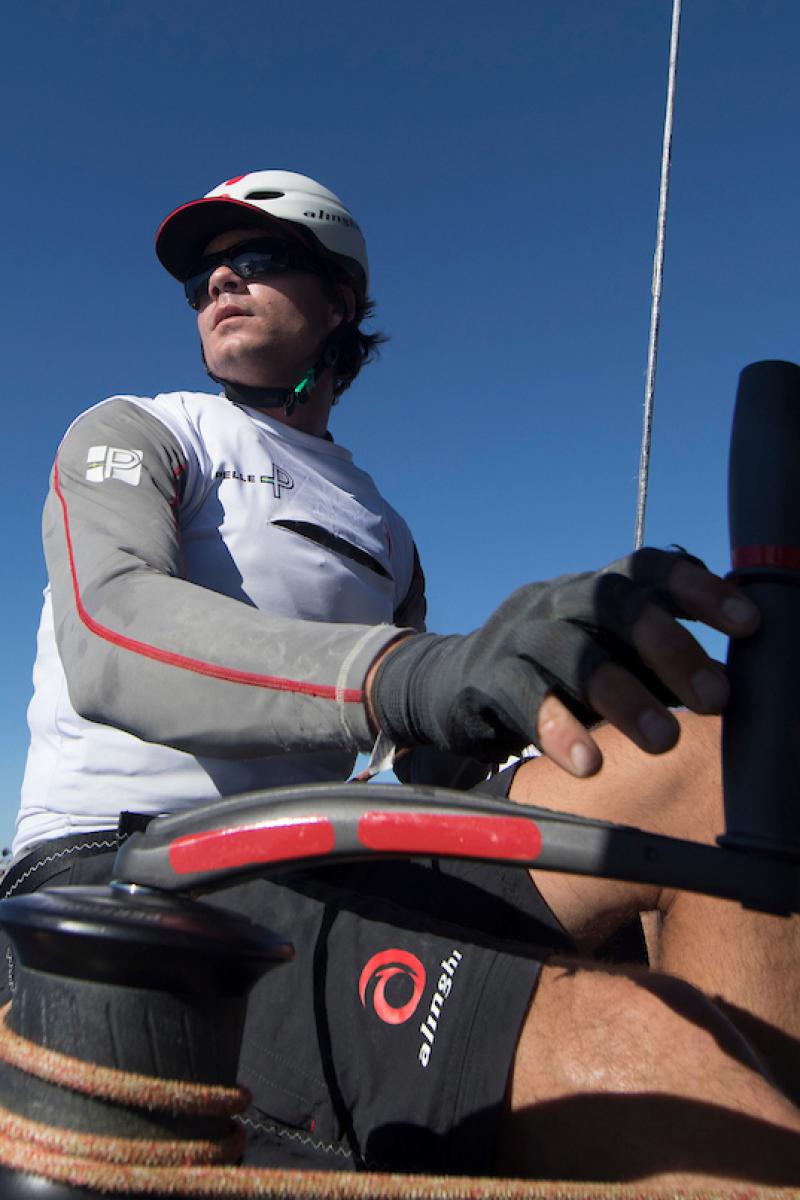 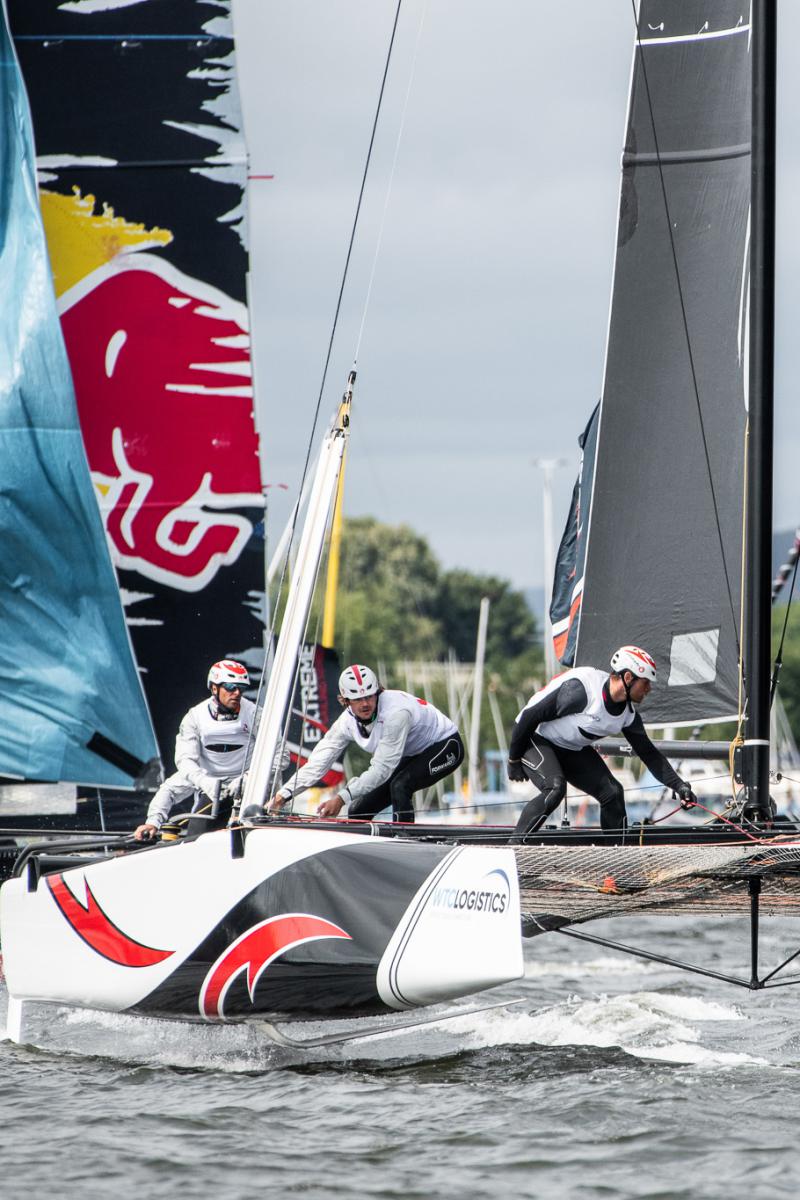 The team’s 2019 rookie, but a regular on the water for many years, Bryan’s path first crossed with Alinghi’s when he was 14 years old and was invited on board the D35 to follow a training session.
In his younger years, Bryan made his Optimist debut at Versoix and then continued his sailing education in dinghies (420, 49er) and keelboats (Surprise and Farr 30, among others).

Attracted by and interested in technical drawings and architecture, he finally turned to an apprenticeship as a shipbuilder at Philippe Durr's shipyard. In parallel, he earned his spurs in preparing boats at the Centre d'Entrainement à la Régate (CER) and continued to progress on the water while sailing with his contemporaties. It was at the CER that, he says, he arrived "at the right time in the right place. Jérôme Clerc and Etienne David gave me a chance and trusted me". It would prove to be his gateway to the professional world of sailing.

What followed were seasons as bowman and sail trimmer for the Realteam and Tilt teams and a growing C.V.: two Swiss Match Racing Championship titles, two wins at the D35 Trophy (2012 and 2015), a victory in the amateur ranking on the Tour de France à la voile (2012), a 4th place on the Youth America's Cup in 2013, three Bol d'Or, the GC32 Racing Tour championship in 2017, a world champion title of GC32 and Extreme Sailing Series in 2018, and more recently another GC32 world title in 2019, the 2019 D35 Trophy and GC32 Racing Tour this time with Alinghi.

Throughout these years, Bryan continued to work during the winter at Durr. He was also introduced to coaching during training at the CER and with some dinghy crews. In his free time, he gets out on the water on a Moth, practices a multitude of different sports and enjoys reading.

When asked about his preferred position on board, he replied that if he could choose, he would do "a different job every day"! Versatile and physical, young and experienced, Bryan, who defined himself as a shipbuilder until recently, can also answer "sailor" the next time he is asked about his profession.