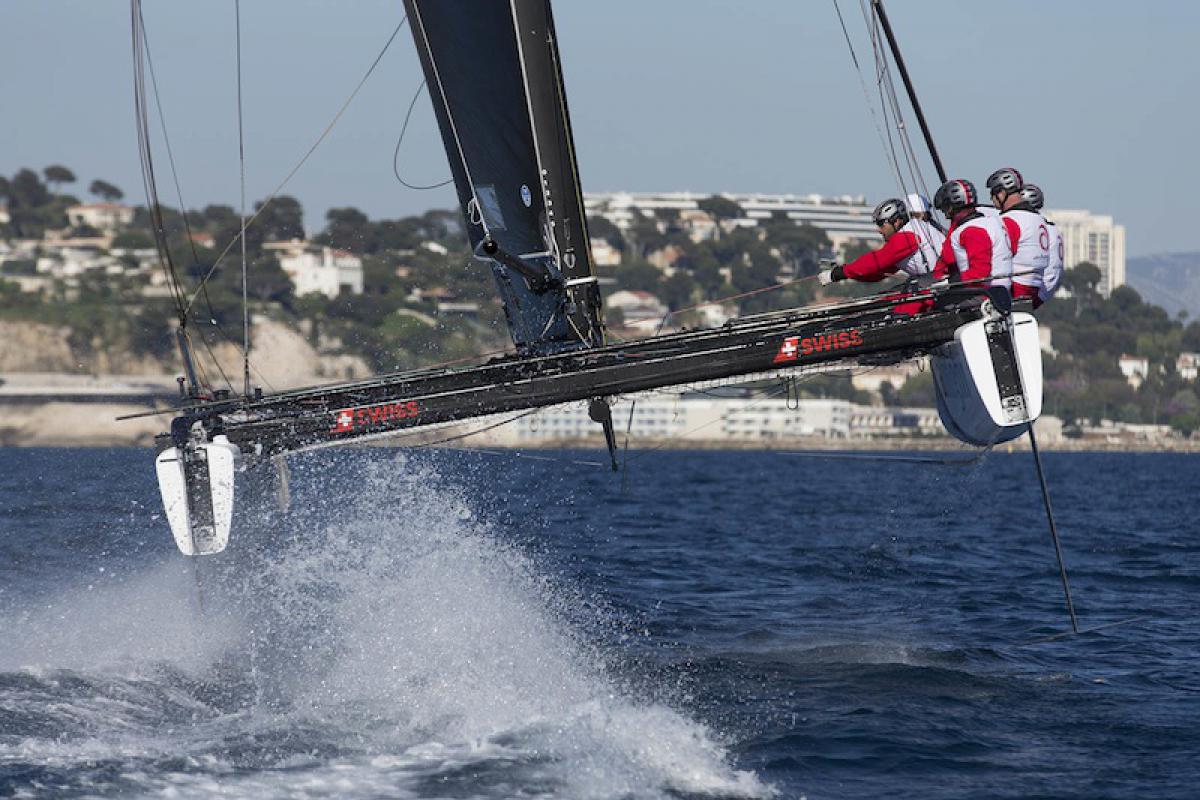 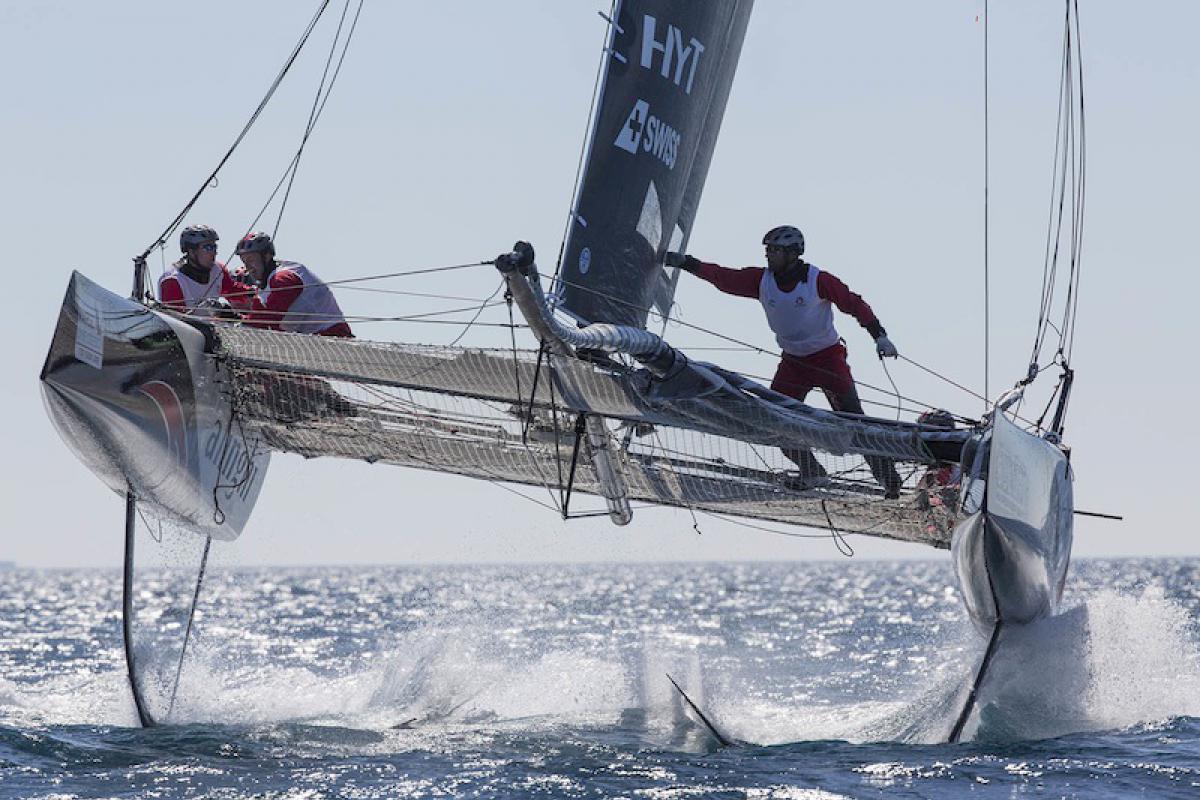 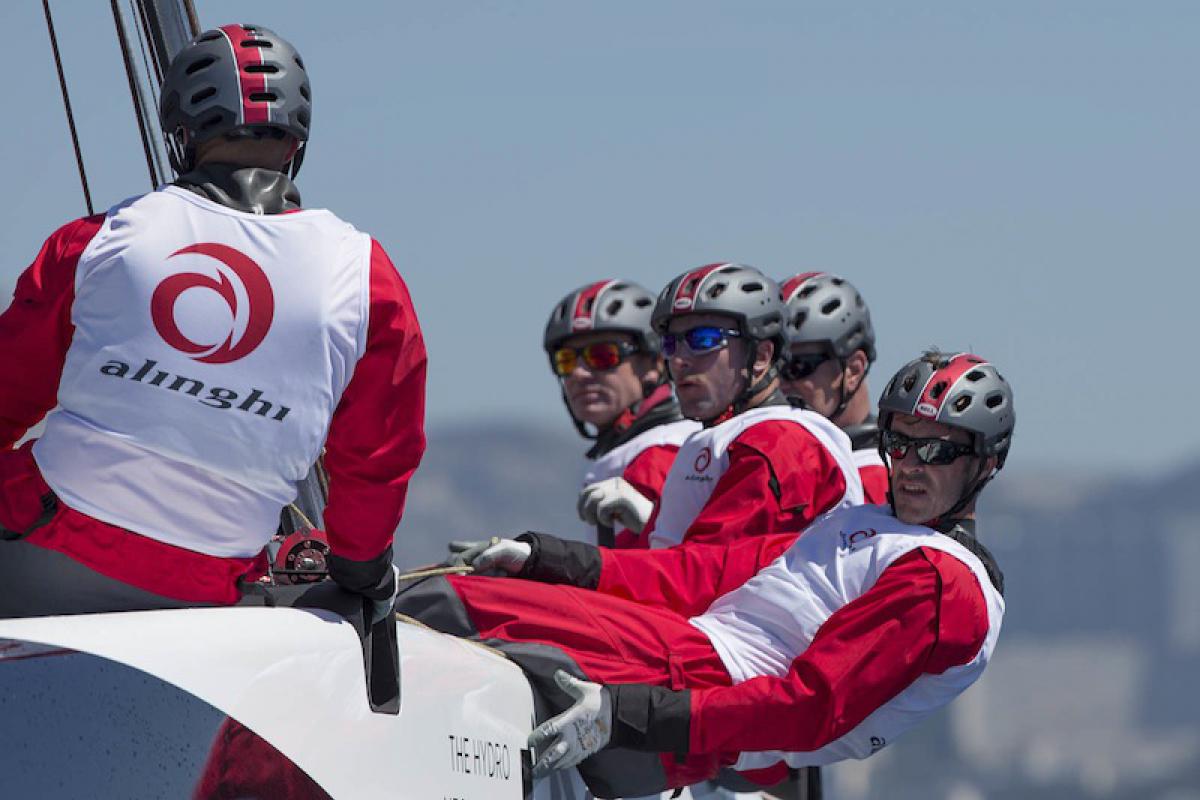 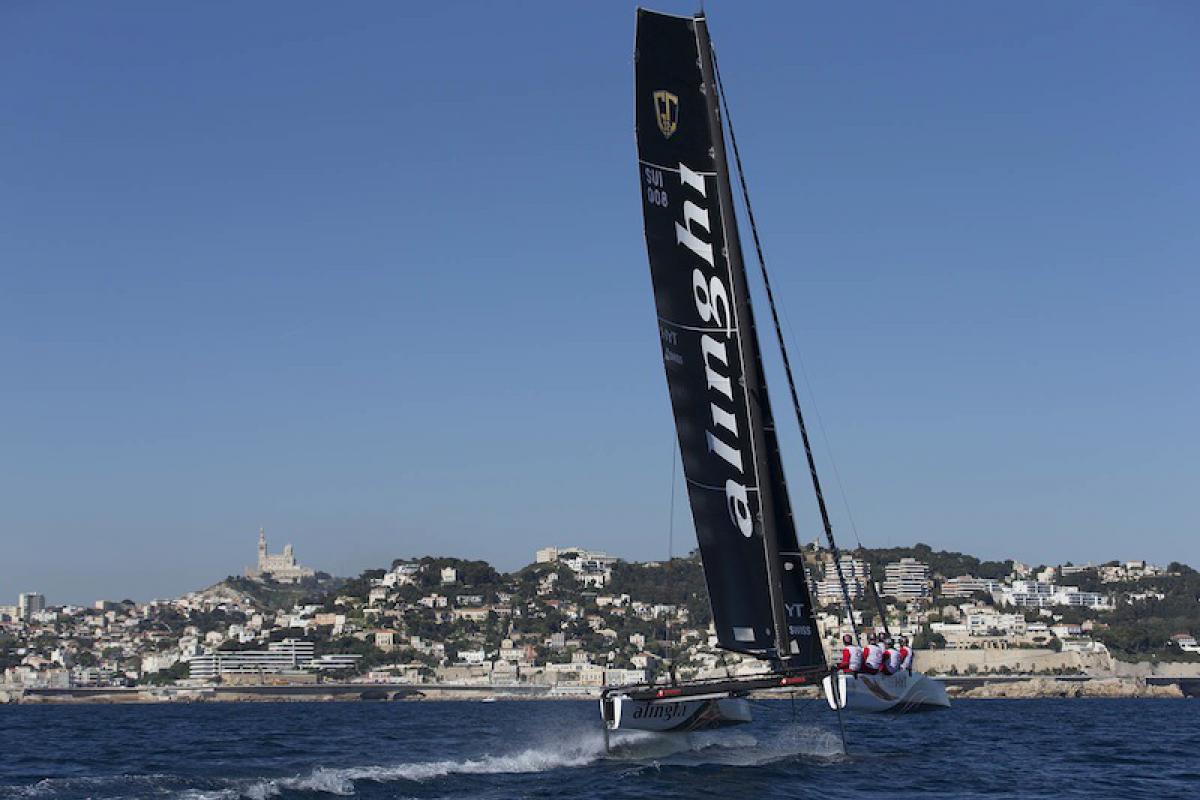 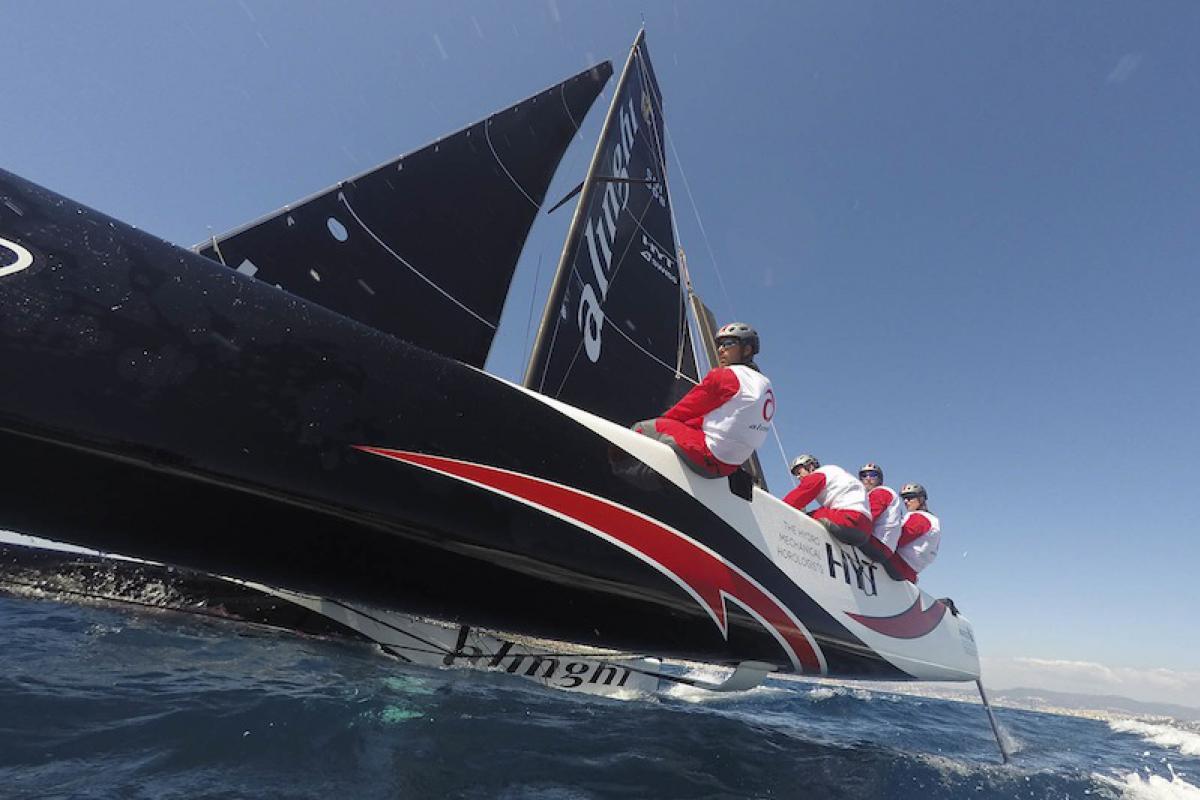 This week has seen four teams sailing and flying on the waters of the city of Marseille. It was Alinghi’s first regattas on its new GC32. No races were sailed today, as the gusts were up to 30 knots. Alinghi’s crew composed by Ernesto Bertarelli and Morgan Larson at the helm, Nicolas Charbonnier (tactic), Pierre-Yves Jorand (mainsail), Nils Frei (trimmer), Yves Detrey (bow) finished Marseille GC32 test event in second position. This first test event was the perfect opportunity for the team to learn as much as possible, to sail this new foiling machine and improve as much as possible it’s flying abilities before the first official event that will take place in Traunsee, Austria from 27th to 31st of May. Enjoy the magnificent pictures taken by Gilles Martin-Raget in the gallery below.

Alinghi does the 2019 treble