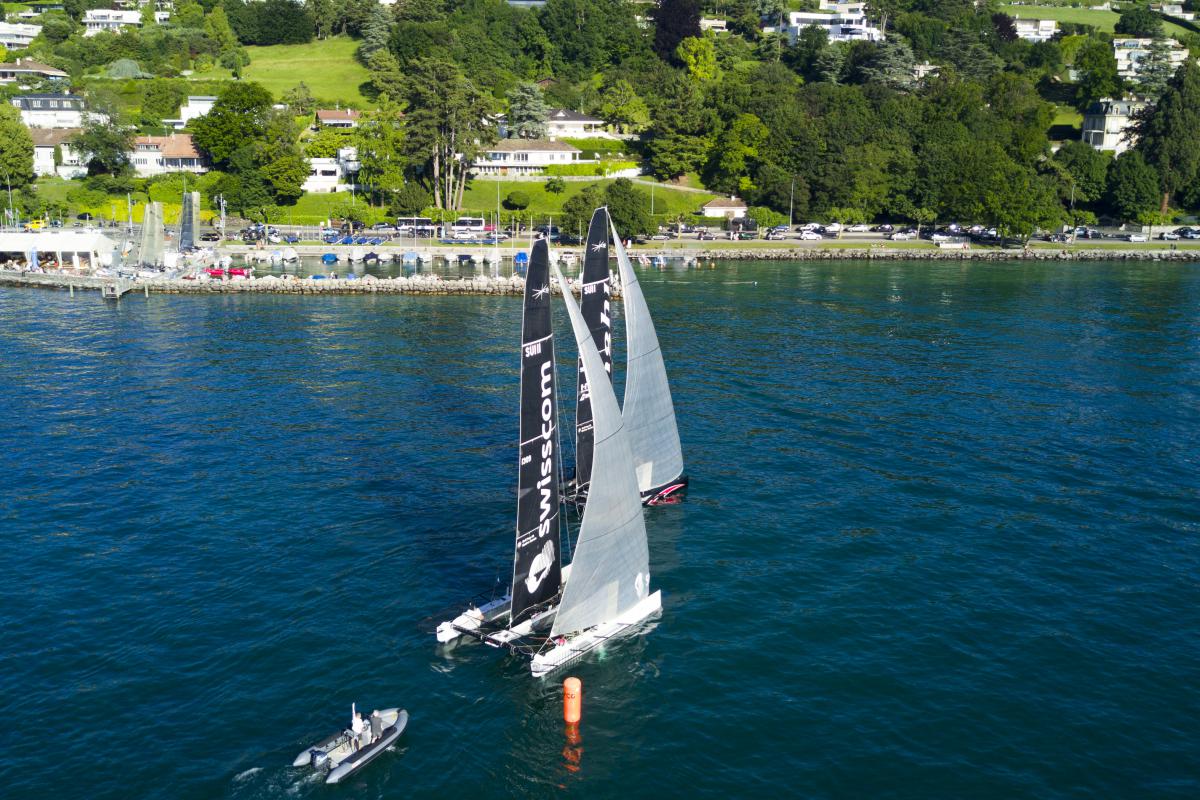 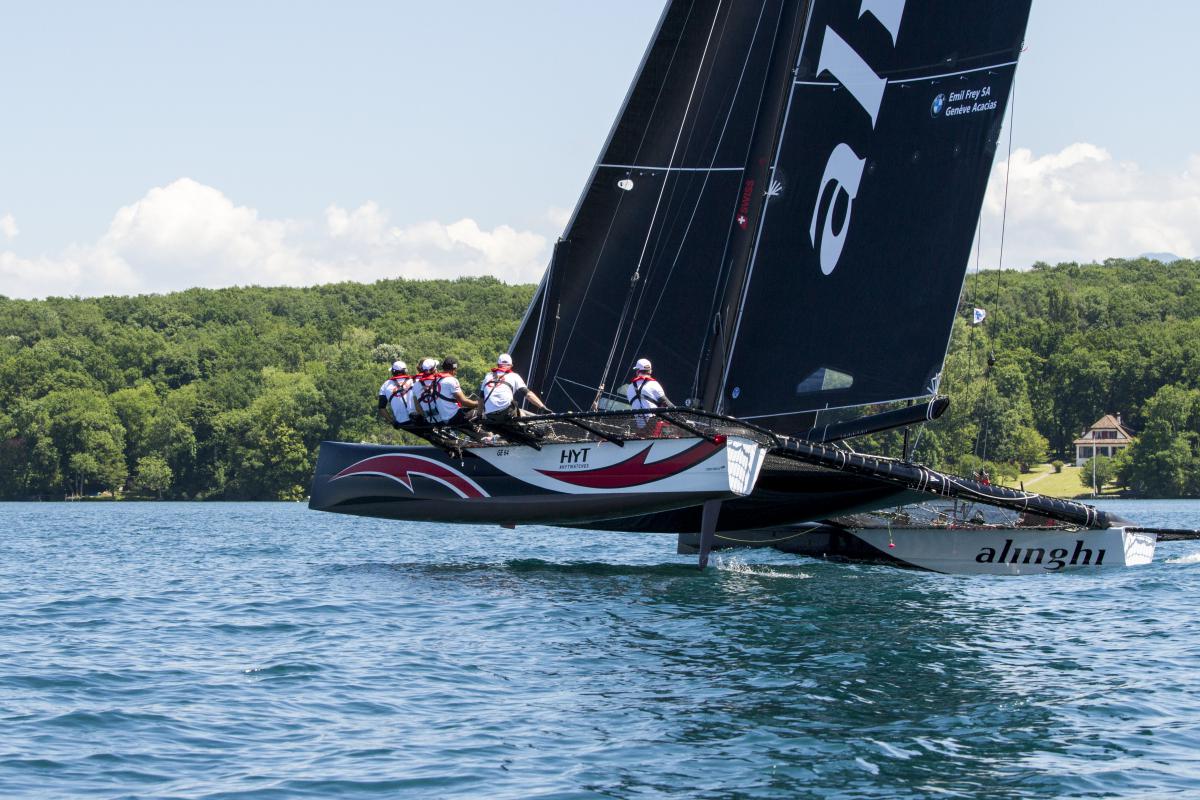 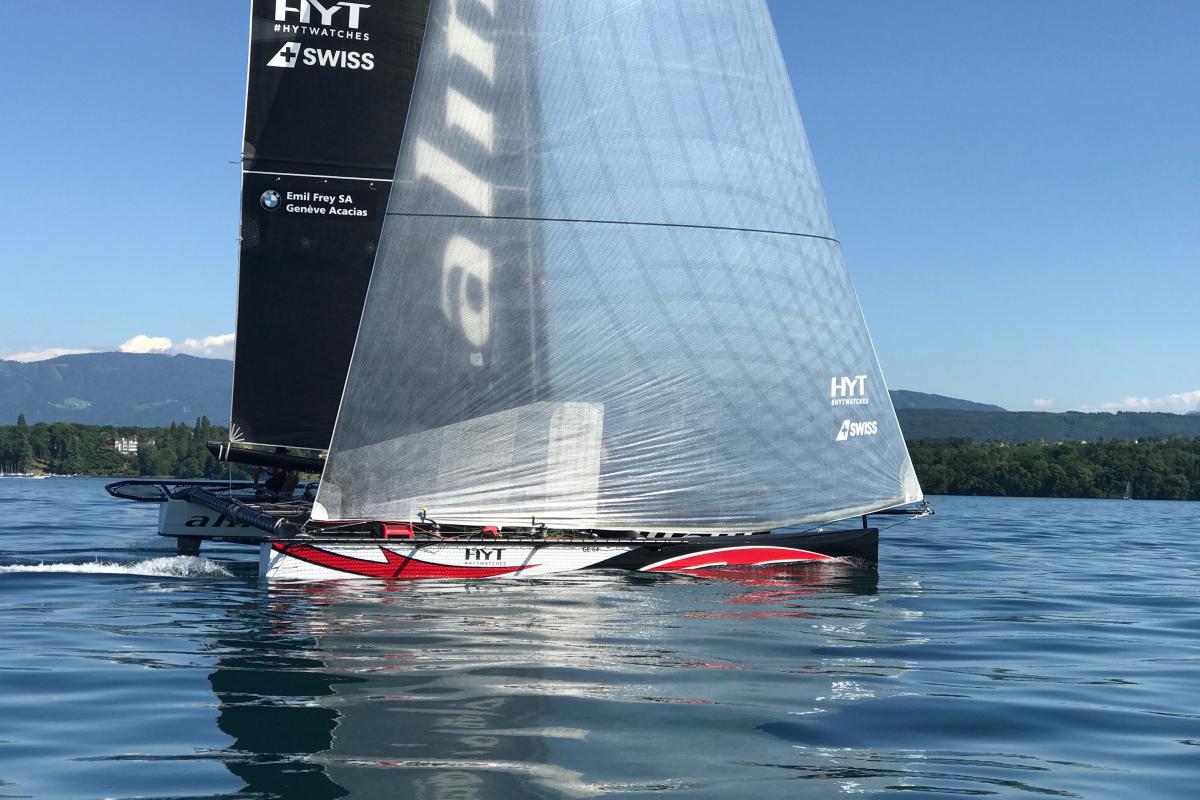 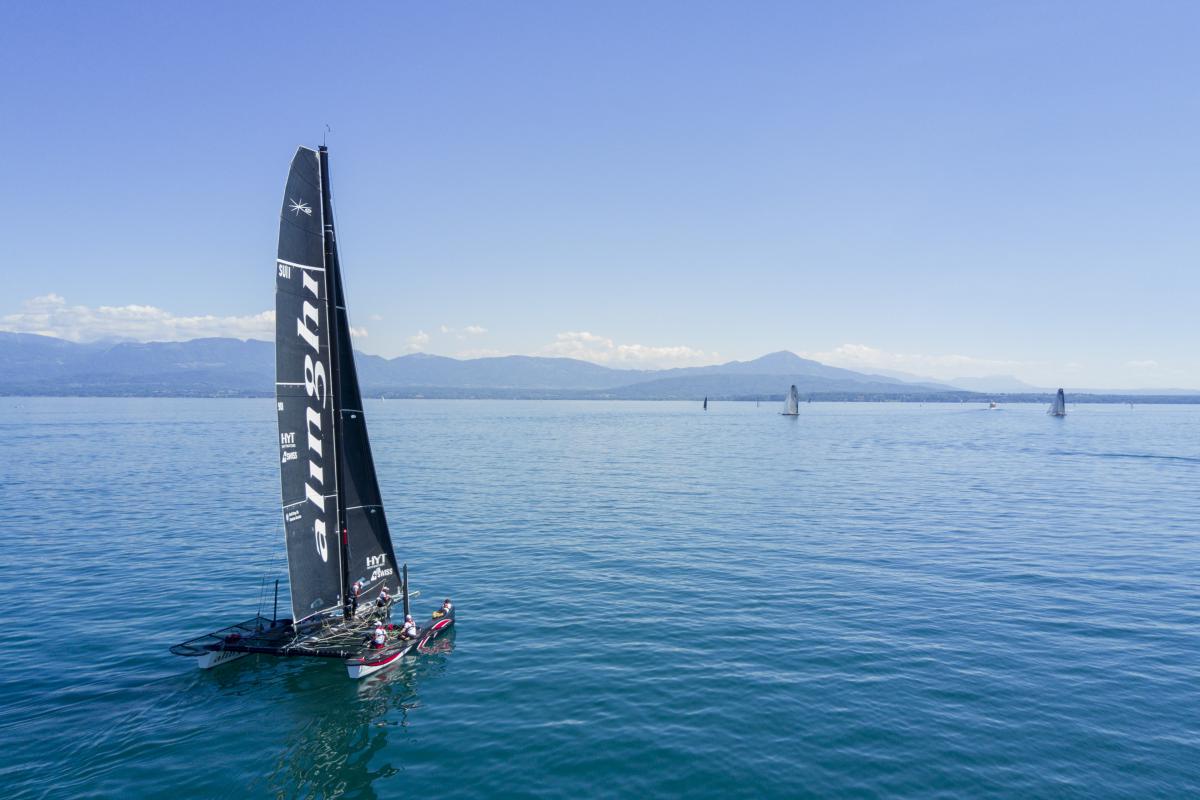 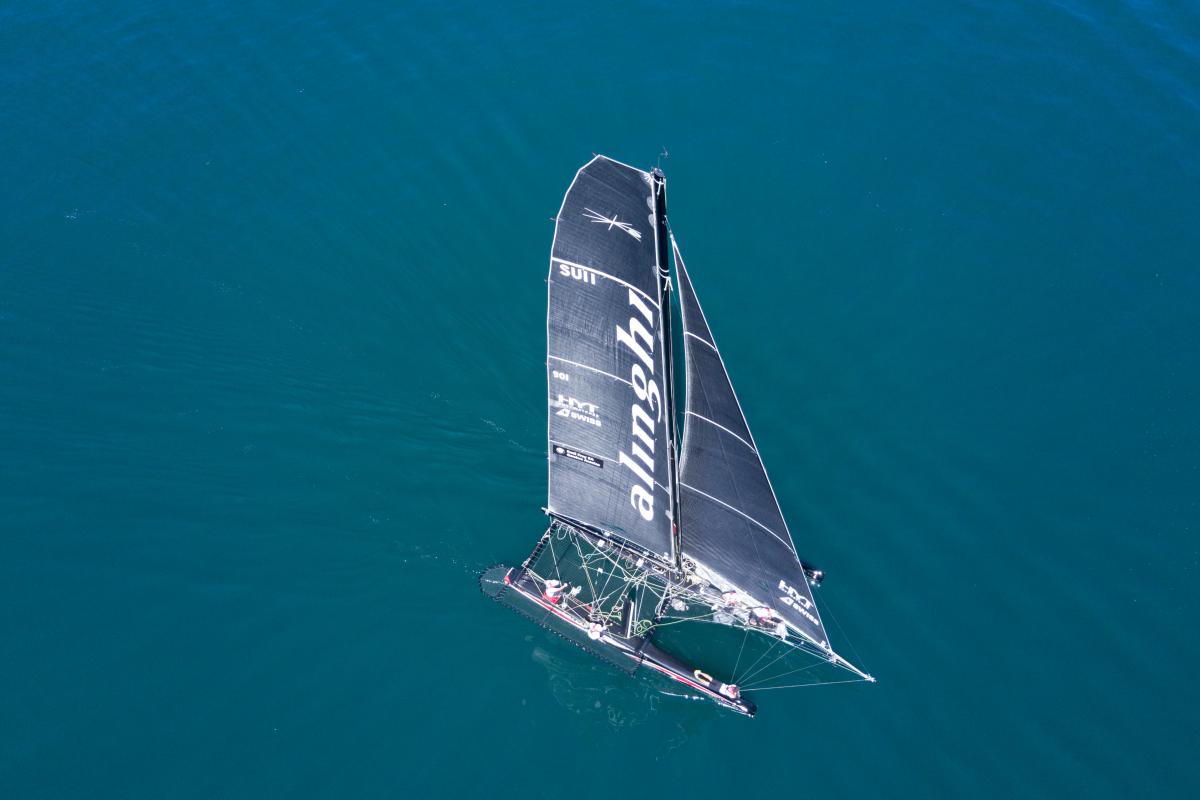 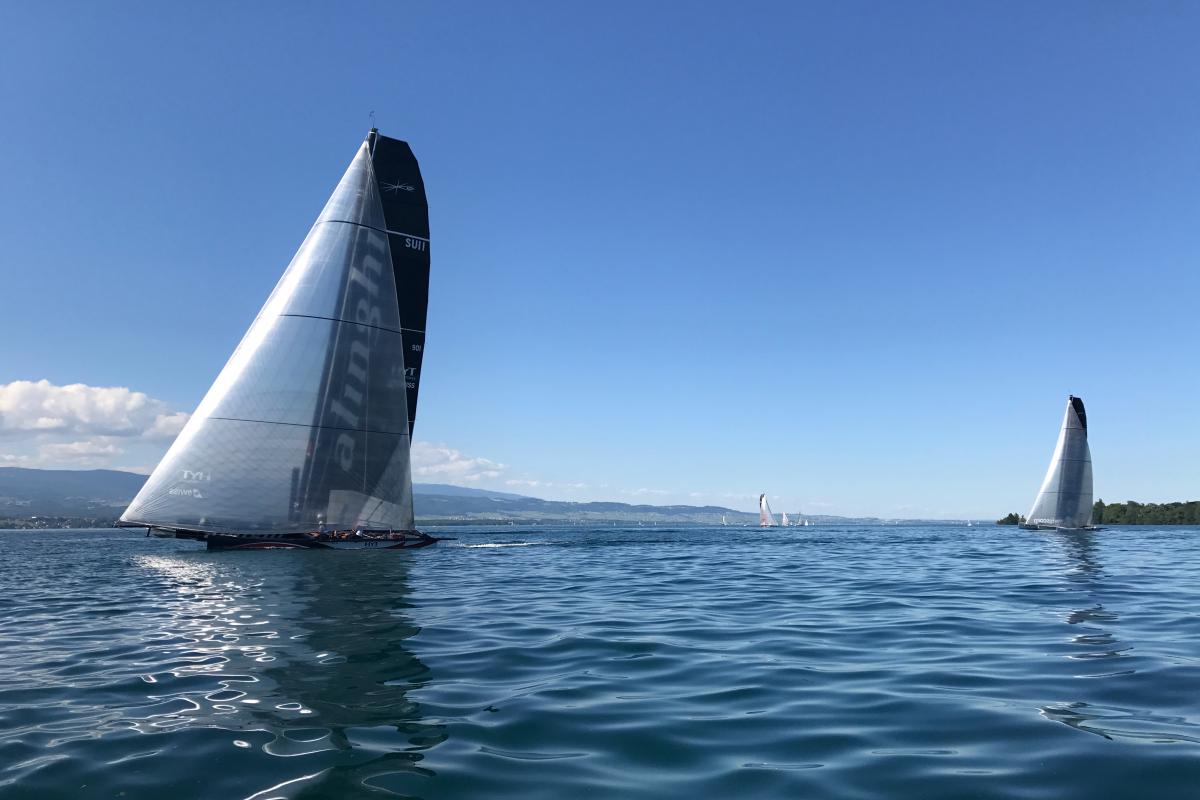 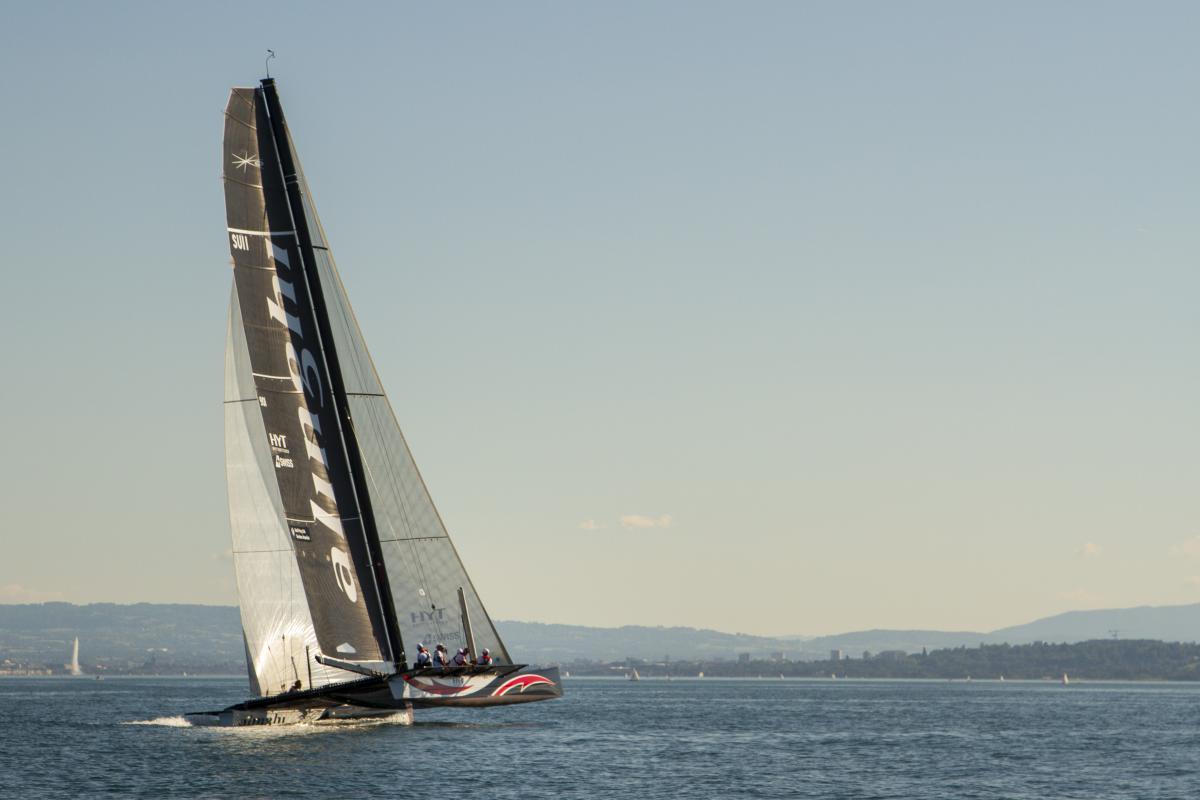 The race committee had to resort to photo-finish to determine the winner of the 2017 Genève-Rolle-Genève, today on the Lake. Alinghi, who led the race virtually from start to finish, finished second in the final, just 20cm behind Swisscom.

The nerves of the sailors were put to the test this afternoon, at this, the 53rd edition of the first of the two Lake Geneva season classics. Alinghi sailed a great race, staying ahead of their opponents, on the most part. Swisscom, nevertheless, pipped them to the line, thanks to some bold manoeuvres in the last few metres.

"Overall, we are happy," said Nils Frei, shortly after crossing the finish line. "It was a real lake race, with turnarounds, little pressures here and there that we had to try to manage. We had a little concern about our timing at the start, we were not quite on it, but after that we were in the game, and we managed to cope very well with the changing wind."

Tactician Nicolas Charbonnier believes he has aged ten years, so intense was the stress: "It was a beautiful Lake Geneva regatta with a few things, many of them tricky, for us to deal with. But we sailed well and I didn’t have to go up the rig to look for the wind pressure. Indeed, when sometimes we had no more wind, there was none anywhere! We just had to be patient.”

Arnaud Psarofaghis also noted the stress of the race: "We did not have easy choices, and we did not always agree, but in the end we came together, correctly, and, up until the end, it was a very good fight with Swisscom."

Yves Detrey, who is not known for being a big fan of long races, observed: "It's really tiring, not physically, but mentally. Decisions do not necessarily pay off right away; you have to wait and see how they will play out, which is really tough on the nerves. In addition, we had to be careful of the depth as we were often looking for local wind effects very close to shore. With a draft of 2.6m, we obviously don't want to run aground.

Pierre-Yves Jorand commented: "We finished second just by one second, which was determined by the last little shift at the entrance mark. Swisscom had a good race, they put us under constant pressure all the way back to Geneva, and they managed to slip their bow just before the line.
The race committee did a good job, watching and watching again the videos to finally declare them the winner by a few inches.
The approach to these long races has changed over the last five or six years. Now, it is a race in which contact is permanent. Sailors do not take unnecessary risks and so the finishes are even tighter."

After two long days of competition (six races on Friday for the first day of the 3rd Grand Prix of the season and the "Genève-Rolle" this day), the team will rest for a night so that they might aim for a victory on the final day of the Realstone Grand Prix of Versoix tomorrow.

To find out more
www.ycg.ch/geneve-rolle-geneve-2017

If you want to know more about how to follow the racing, about Alinghi’s team, or just about this regatta in general, you will find all that you need in this news story.