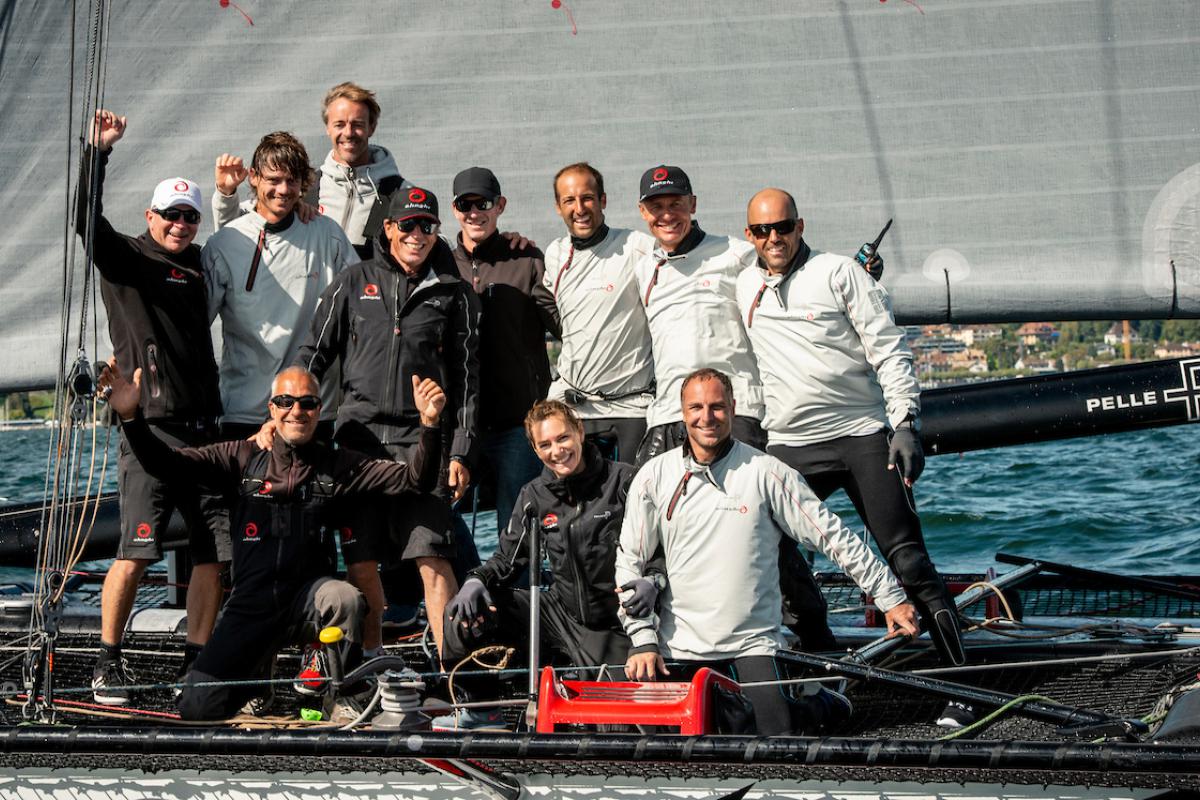 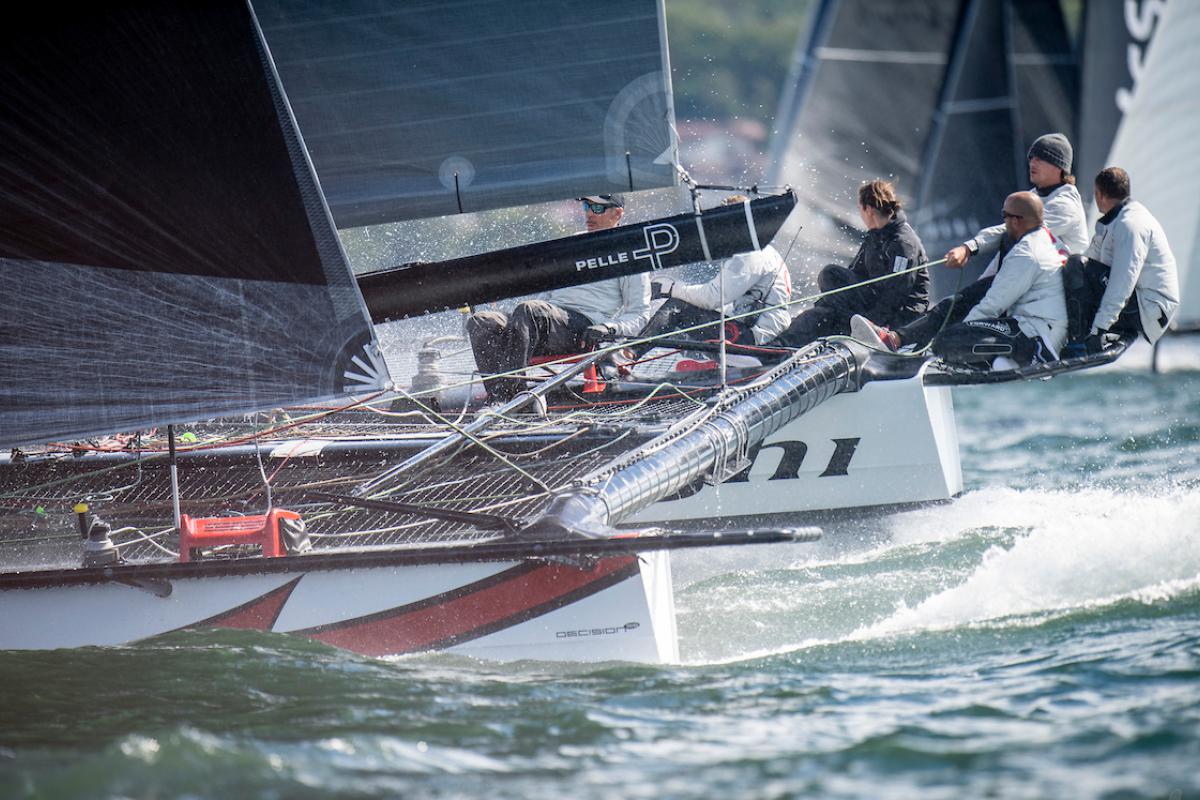 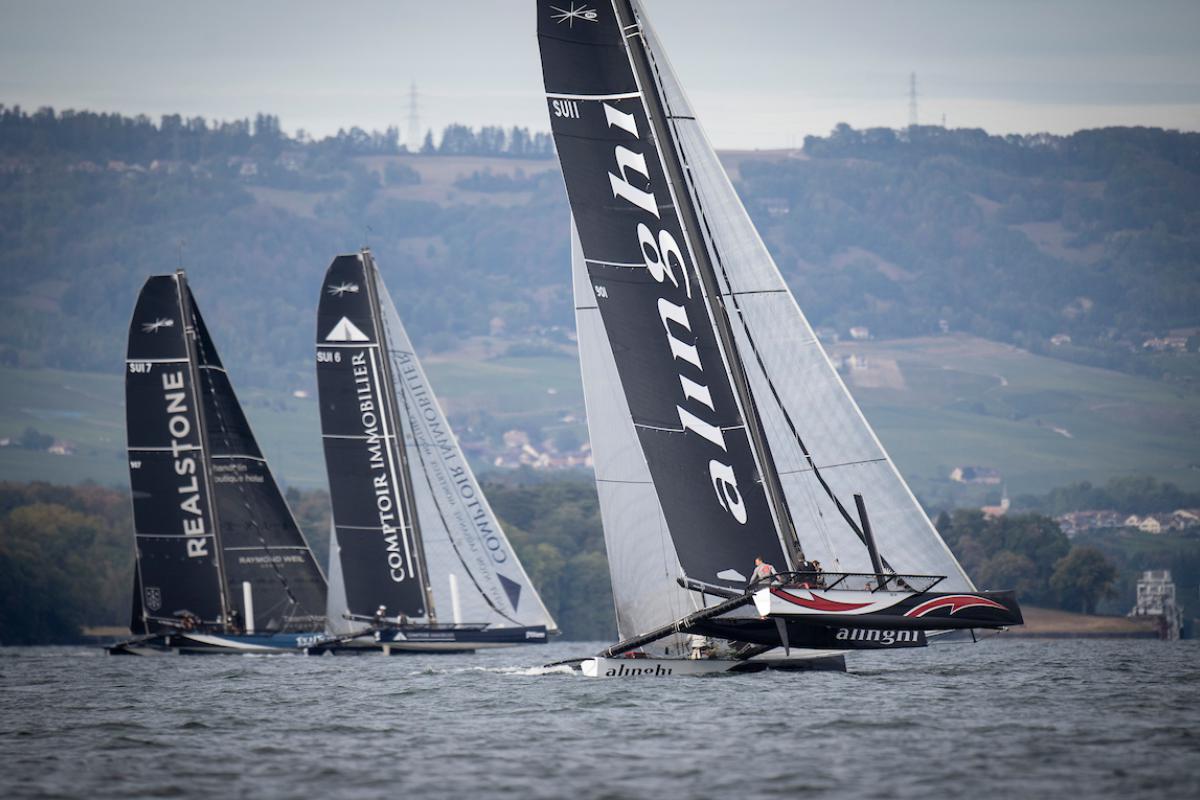 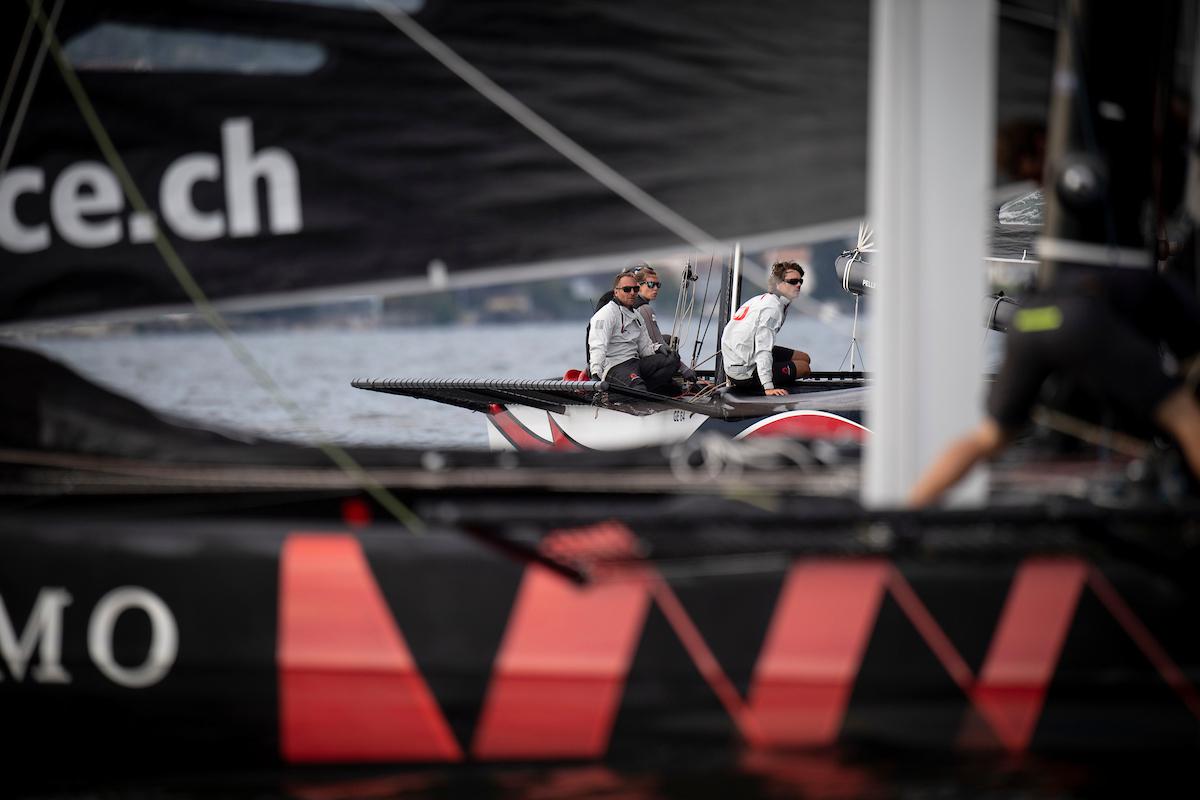 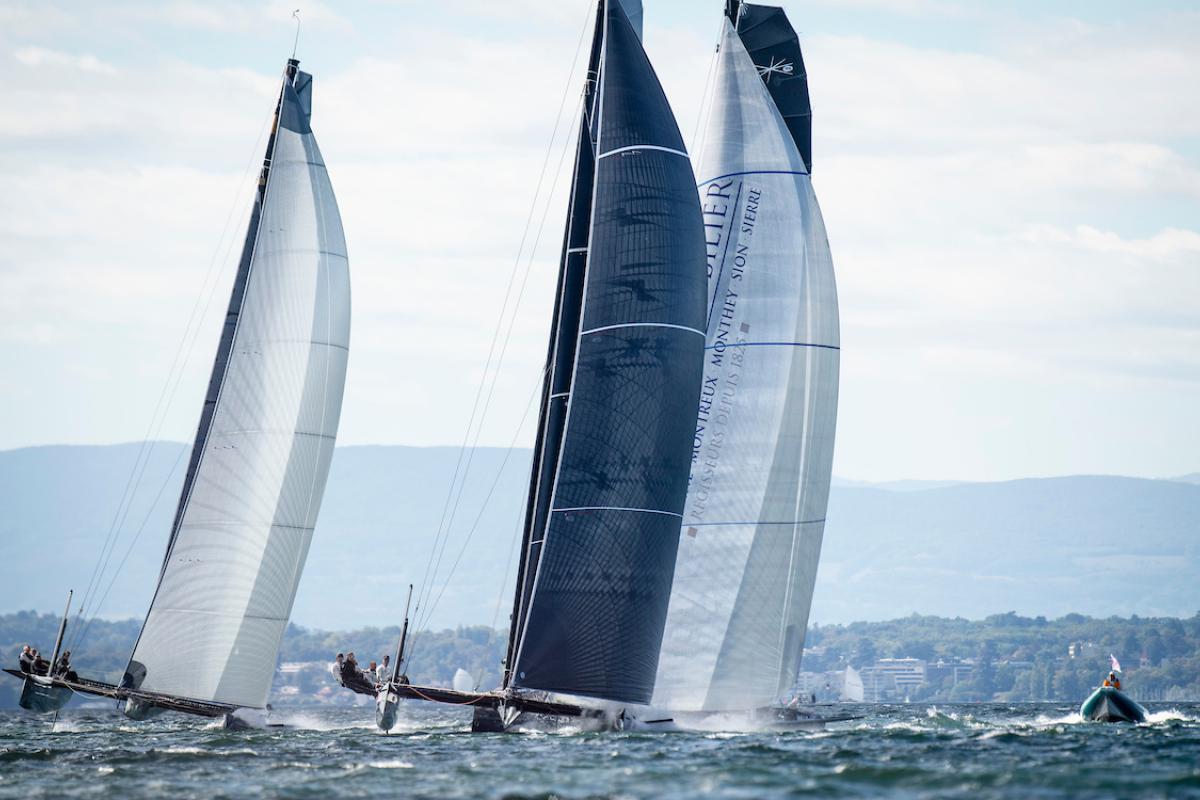 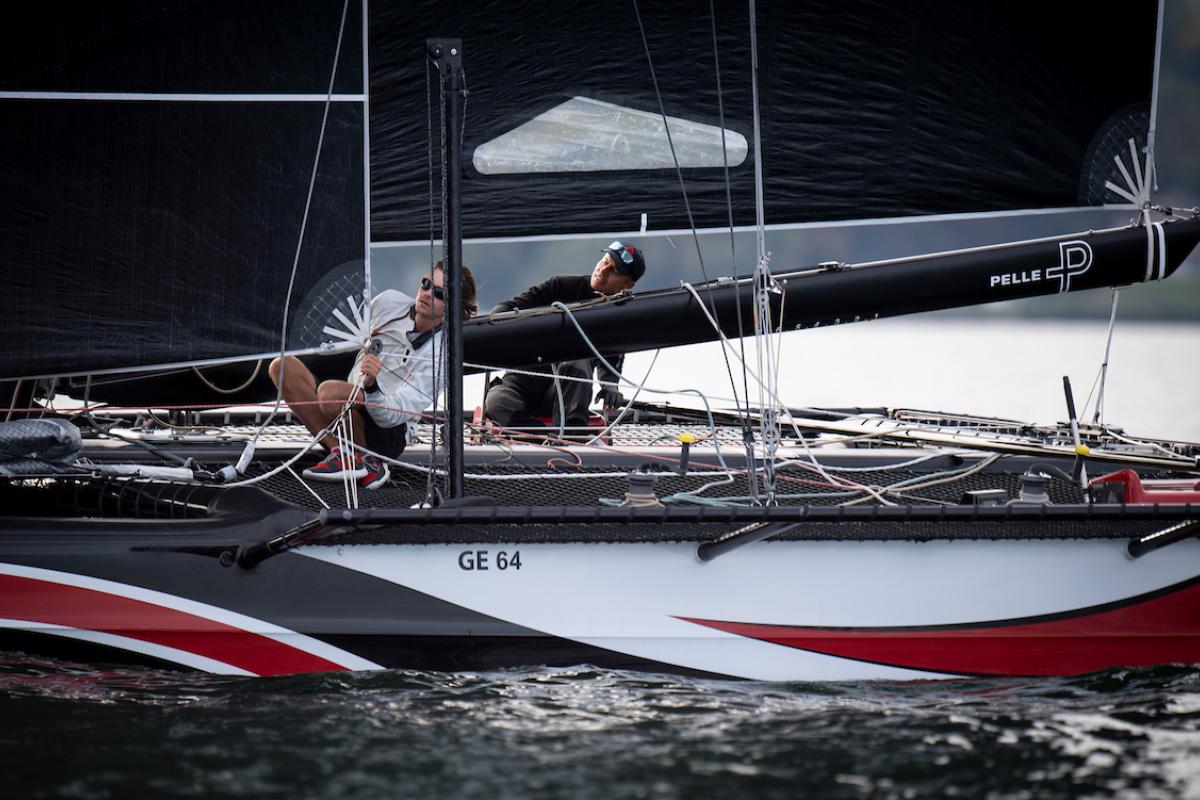 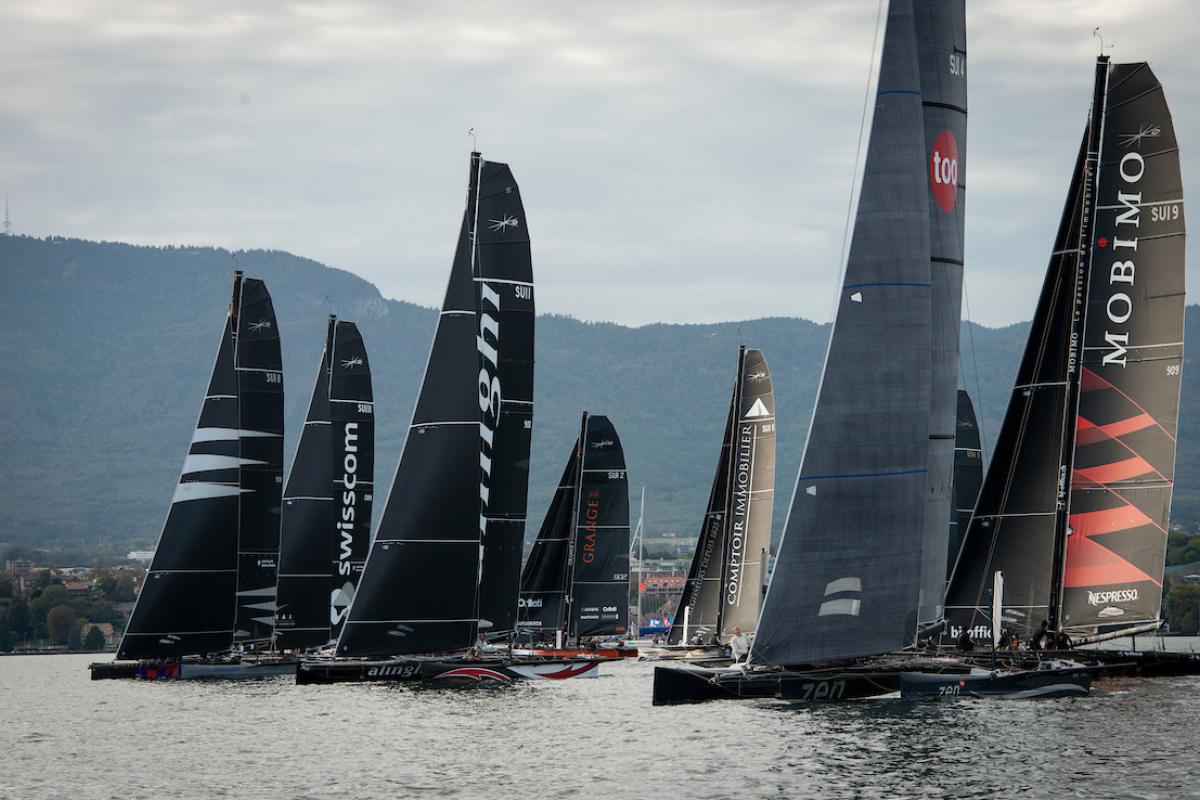 Taking third place in the final event of the season, Alinghi took the requisite points to secure the team's seventh championship win since the launch of the D35 one-design series in 2004.

Ernesto Bertarelli, skipper and helmsman:
"We finished the season on the beautiful race area by Nyon. The first day of racing was complicated for us, with very tricky conditions. But the second day was fantastic with six races, in which we sailed well. After two difficult Grand Prix, we're pleased to be back on the podium here and to win the D35 championship.
"I would like to congratulate Ylliam, Swisscom and Zen Too for their results, both on this last Grand Prix and in the overall standings."

Nicolas Charbonnier, tactician:
"Brilliant first half of the season in terms of winning the first four events and finishing fourth in the Bol d'Or. But the transition into September was a bit difficult. With Nils injured, we made some crew changes. We lost a bit of confidence, but we managed to get our heads above water to prove we still knew how to make a boat go fast."

Nils Frei, trimmer:
"It's a little frustrating for me not to be on board with this injury that came at just the wrong time. But the team knew how to be strong enough to find the resources and, in the end, it went well.
"Following the races from outside is interesting because it's an opportunity to continue to learn. Overall the level of the fleet in D35 has become even more competitive."

Pierre-Yves Jorand, team director:
"On this last Grand Prix, the team was able to integrate Bryan who joined us for the first time in D35.
It was also necessary to be on the ball in the Saturday races, where the winds were really shifty.
"Today with the strong south west wind, we knew that there would be five or six races launched. We had to be consistent, regular, avoid making mistakes, and try to aim for a podium finish, which we managed. Congratulations to all the team for the work done throughout the season!"

From Tuesday, the D35 will leave the lake by air for its winter quarters within the construction site at Décision in Ecublens.

And now that the team has achieved one of its goals, it still has two Extreme Sailing Series events on the calendar.

Currently in the latter stages of this international circuit on the foiling GC32, the waters of San Diego (October 18-21) and Los Cabos (November 29-December 2) will host the races that will decide the top three in the Extreme Sailing Series.

If you want to know more about how to follow the racing, about Alinghi's team, or just about this regatta in general, you will find all that you need in this news story.